Jump Start Your Health with Tips

We would like to share the incredible survival story of Janet Babcock, 53, of Antelope, Calif. Janet was at work up in Placer County when she had an intense headache and passed out. She was taken to the nearest hospital where a CT scan revealed she had a ruptured aneurysm. She was intubated and the neurosurgeon at the facility recommended transfer for neuro-interventional treatment. The team started calling other hospitals that could offer a higher level of care. Her transfer was denied at two hospitals because they felt Janet was a poor candidate for a neurosurgical or neuro-interventional procedure, and her prognosis was grim. The first facility did not have neurovascular surgery and had no bed capacity for her. The second facility denied acceptance by the neurosurgery and neuro-interventional departments, due to what they deemed an overall poor prognosis. 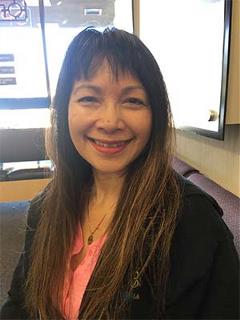 The team eventually reached out to Doctors Medical Center, where the neuro-interventionalist on call said to send her down. Janet was transferred that day and once it was deemed safe, our physician coiled the aneurysm in her brain that same day. On her first day post-aneurysm coiling, Janet was a little confused but awake and alert. She spent 11 days in the ICU and 15 more in the hospital, which is common for this type of aneurysm. Amazingly, Janet went home with only a small issue with her left eye. Four weeks later, Janet walked into Doctors Medical Center with her husband for a follow-up appointment. The slight issue with her eye remains, but will likely resolve itself. If not, it can be repaired with a minor surgery.

Bottom line is, Doctors Medical Center saved Janet’s life. Thanks to our technology, expertise and willingness to try, Janet has been given the opportunity to live. Janet, we wish you nothing but the best!